The journey of disease. 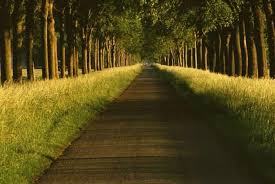 In our childhood days there was no epidemic of chronic diseases. Elders told us that diarrhoea, dysentery and other gastrointestinal complaints that we noticed were not widespread in their times. The first diseases we noticed as we grew up were high blood pressure, allergies and respiratory problems. For the first regular checkups were advised, and the others were mostly treated with the anti-allergic tablet "Avil". Allergies and hay fevers spread very fast worrying many. We were not aware that the term 'serum sickness' ascribed to vaccination was replaced by the word 'allergy'. It was accepted as a small price to pay while 'preventing' disease. Then came the sudden widespread surge in cases of chronic fatigue. This was brushed off as hypochondria and mocked at as the doctors could not understand it - in essence mitochondrial damage due to vaccines. Even asthma and a host of conditions were ascribed to patient’s imagination. Next we observed diabetes. Suddenly everyone had it and it became an epidemic. Cancer was a much dreaded and rare disease. It has become common now and today we talk about cancer like we talk about the common cold. In our childhood days when people fell sick they recovered and complications were rare. The body was still in a position to fight disease. Children were invariably healthy and free from chronic disorders. Disorders within this population started with asthma, other respiratory problems, and now we observe children suffering cancers, delayed development, autism, ADHD, diabetes, cardiac disorders, diseases of the liver and kidneys, and serious deformities. Neurological and mood disorders are today rampant among them. Earlier the elderly were healthy - more so than the general population. They were socially very active and alert and mocked the young for their state of health. Little did they know that the vaccines they were so lovingly administering to their children that cause immunotoxicity, chronic inflammation, and autoimmune disorders, were responsible for the fall in health status.