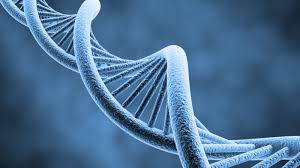 Genes determine the shape and structure of the body. There is no scientific reason to blame them for the serious disorders we currently observe in society.

Current scientific knowledge says genes are a blueprint like the screenplay of a film. It is up to the director to present it as per his vision. The director in real life is the external factors called epigenetics.

Twins have identical set of genes. But when they are brought up in different circumstances they display different characteristics. Those circumstances are called epigenetics - external pressure.

That genes cause diseases was the excuse taken by the tobacco industry when overwhelming credible evidence found the cigarette cancer connection. It is this industry that funded the human genome project.

Under these immense epigenetic pressures diseases like autism, thalassemia, cancers, birth defects, cardiovascular diseases, diabetes, tuberculosis, asthma, and such other serious illnesses have exploded in children.

Our children are sick; sick at various levels. Unless we go against the stream and ensure normalcy in life, abolish toxins from all spheres of life, we stand no chance. Absolutely no chance.

In earlier times before descending into mines canaries used to be lowered in cages. If the canaries died it was known that the air within the mine is toxic and lethal. Today our children are those canaries. The way they are suffering agonizingly and dying in hordes indicates the extent of toxic poisoning of civilization today.

We don't stand a chance. Absolutely no chance unless we reform from this day. This second.