Was the Nobel Prize for HPV Discovery Tainted? 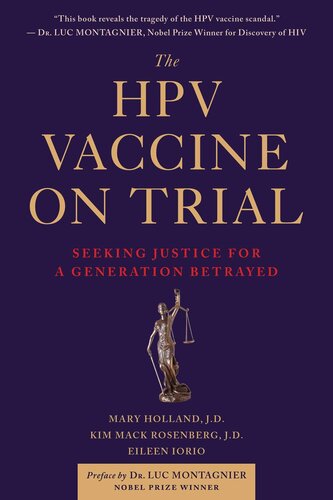 Swedish anti-corruption agents are investigating allegations that pharmaceutical giant AstraZeneca influenced the awarding of this year's Nobel Prize in medicine.
https://www.thestar.com/news/world/2008/12/18/nobel_prize_probe_launched.html
https://www.scientificamerican.com/article/did-drug-company-buy-nobel/
http://www.telegraph.co.uk/news/science/science-news/3849620/Nobel-prize-row-over-pharmaceuticals-firm-link.html
Swedish anti-corruption agents are investigating allegations that pharmaceutical giant AstraZeneca influenced the awarding of this year's Nobel Prize in medicine.
"I have formally instigated, or started, a criminal investigation," Swedish anti-corruption prosecutor Nils-Erik Schulz told the Star in a telephone interview from Stockholm yesterday.
Schulz's investigation was sparked by claims in the European press that AstraZeneca's sponsorship of two Nobel promotional companies – Nobel Media and Nobel Web – influenced the choice for this year's prize in medicine. As well, two Swedish academics on the committee have close ties to AstraZeneca – one sits on the company's board of directors, while the other was a former consultant to the pharmaceutical company.
Part of the Nobel Prize in Physiology or Medicine was awarded this fall to Harald zur Hausen, a German scientist who discovered the links between human papilloma viruses and cervical cancer. The discovery could be a financial bonanza for AstraZeneca, which holds the patents on ingredients in the vaccines used to fight the viruses.
AstraZeneca stands to make millions from Gardasil, made by Merck, as well as GlaxoSmithKline's Cervarix, thanks to patents it holds.
The brewing controversy involves Nobel Media and Nobel Web, two Nobel companies that help translate into layman's language the value of the work of Nobel laureates and also publicize the laureates' medical breakthroughs. The two companies are partly funded by AstraZeneca.
It also involves two Karolinska professors who participate in awarding the medical prize. Both have ties to AstraZeneca. Nobel Assembly member Bo Angelin sits on the company's board of directors, which pays $50,000 (Cdn) a year, while Nobel Committee chair Bertil Fredholm was a consultant for AstraZeneca until 2006.
Anti-corruption prosecutor Schulz is also investigating a trip to China by Fredholm, as well as members of the physics and chemistry prize selection committees, earlier this year that was paid for by the Chinese government.
But he expects his examination of ties between AstraZeneca and Nobel organizations to be much more complicated than investigating the trip to China. "All I have at this point is what was in the newspapers, and on the radio," Schulz told the Star.
"Now we are trying to collect written documentation so that we have a basis before we start interviewing people," he said.
Schulz was appointed by chief anti-corruption prosecutor Christer van der Kwast last week. He said it will be several months before a decision is made on whether to pursue charges against AstraZeneca or Nobel officials. "Then I can either close the case, or I can prosecute."
German scientist zur Hauser was named in October as this year's Nobel winner and he received the award last week, just as Schulz's investigation was beginning.
Hauser shared the prize with Françoise Barré-Sinoussi and Luc Montagnier, both of France, credited with discovering the human immunodeficiency virus (HIV).
Ottawa has committed $300 million to vaccinate Grade 8 girls with Merck's Gardasil, with more than 8,000 girls already vaccinated in the Toronto area.