The rotavirus vaccine is a textbook example of what’s wrong with the vaccine industry. It works for only a limited number of rotavirus types, causes severe adverse effects including death, was approved via corrupt agencies & officials with financial ties to the manufacturer—and it results in far more cases of a far more deadly disease. 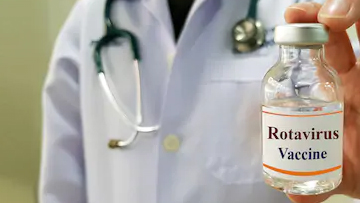 When doctors prescribe the Rotavirus vaccine as a preventive against diarrhea, the deception begins. Parents are not informed that diarrhea can be caused by a host of factors, including bacterial and viral infections. Bacterial infections resulting from unclean water are more harmful. Viral infections leading to diarrhea do not pose any danger if the child is treated with an oral rehydration solution or is breastfed, which can prevent dehydration.

There are many strains of rotavirus and most are yet to be identified. Besides the rotavirus strains, diarrhea can also be caused by astroviruses, calciviruses, other pathogens, and toxins. The rotavirus vaccine, delivered orally, contains just four of the many rotavirus strains and can protect against only these strains, leaving the child unprotected against the major factors.

The first rotavirus vaccine was licensed in the USA in 1998 and was recommended in March 1999. Parents did not know that this vaccine was recommended by ignoring serious side effects noticed in clinical trials. As a result many children suffered inversion of part of the intestine into an adjacent section—a condition called intussusception—a very serious, painful, and often fatal condition. Deaths for unexplained reasons were reported. Consequently the vaccine was withdrawn in October 1999.

When the US Congress investigated, serious procedural problems and negligence came to the fore, prompting a hearing on June 15, 2000. It revealed that both the FDA and CDC, US regulatory bodies, were aware about the vaccine’s serious adverse effects. There was also conflict of interest as two members on the advisory committee profited from the decision. Dr. Kathryn Edwards had received research funds worth $255,000 per year from the vaccine manufacturer. Dr. Paul Offit held a patent on another rotavirus vaccine and his travel around the country to advise about vaccine safety was funded by vaccine manufacturers. Moreover, 60% of FDA advisory committee members and 50% of CDC members had financial ties with the manufacturers of the vaccine. Clearly, the greed of both officials and the pharmaceutical industry prompted the flouting of all rules and the health of children took second place.

One would have expected serious action on the basis of these findings, but nothing happened. The erring agencies, which ought to maintain very high standards of honesty and integrity, instead justified their actions by saying that there was no bar to officials with ties to the industry recommending vaccines. In 2006 two more versions of the vaccine, containing live viruses and orally administered, were out in the market and recommended by those very tainted officials and doctors.

A peep into the clinical trials revealed alarming facts:

The clinical trials have recorded a lower incidence of intestinal blockage, signifying that even the new vaccine is not free from that risk. Vaccinated children have a three times greater risk of suffering from intestinal bleeding, even after accounting for many cases that were denied by the supervising team. The trials revealed:

Recent media reports have noted that the use of this vaccine in the USA has caused an alarming increase in cases of a far more lethal norovirus infection, which is causing 21 million cases and 800 deaths annually—against the 20 to 40 annual deaths that occur from rotavirus infections. There has also been a dramatic increase in cases of inflammatory bowel disease. Instead of reviewing the situation and withdrawing the rotavirus vaccine, which has caused the shift to a more lethal virus, a vaccine for norovirus has been developed and is ready for marketing.

Alarmed by the adverse effects of the vaccine in India and noting that rotavirus-related diarrhea is easily treated without complications, not to mention that the rates for India are based upon estimates kept high to alarm the public, ethical Indian doctors have pointed out that the high cost of the vaccine makes it prohibitive and not cost effective. A study has revealed that the incidence of diarrhea and related deaths in India is directly related to poverty, lack of clean drinking water, and sanitation, and that in most cases it requires the presence of other pathogens for rotavirus to cause diarrhea.

Doctors trying to report cases of adverse effects have been stopped from doing so by the Indian Academy of Pediatrics (IAP) – an agency that is entirely dependent on funds from vaccine manufacturers for its operations—under the plea that the safety profile of the vaccine should not be tarnished! The IAP is lobbying for its inclusion in the government program.

Recently, to counter the cost effectiveness argument, Indian scientists provided great publicity to an indigenously prepared and low priced rotavirus vaccine. Even as the publicity, backed by the Department of Biotechnology in India, was picked up by the national and international press, it emerged that the results of the clinical trials are yet to be made public. It has also been pointed out that the vaccine has only one rotavirus strain, and has been tested on 4,532 infants, whereas to fully determine the adverse events it needs to be tested on more than 50,000. Incidentally, the Indian vaccine requires that mothers stop breastfeeding their children during its period of administration and for a time afterwards—a highly controversial aspect.

Providing publicity to clinical trial findings before the results are published is a violation of medical ethics. This would make it difficult for a peer reviewed journal to publish the findings. The involvement of controversial agencies like PATH and the Bill & Melinda Gates Foundation in the evolution of this vaccine has also riled the health activists because of their recent active connivance of government agencies in India to illegally test the highly controversial and unsafe cervical cancer vaccine on tribal girls in Andhra Pradesh and Gujarat without parental consent, which resulted in several deaths and adverse effects.

It remains to be seen whether the industry-backed attempt to mass administer a questionable and unsafe corporate product for diarrhea prevention will succeed and take preference over genuine public health needs, like eradication of poverty, provision for clean water and sanitation, and nutrition for the mother and child. Now the ball is in the court of the government of India, which sadly has a tainted record for allowing the administration of the OPV, which has caused paralysis cases in the country to soar from 3,000 to 60,000 cases annually, and is now claiming credit for a “polio free” India.

1. Dramatic Increase in Hospitalization of US Children With Inflammatory Bowel Disease

5. India cannot afford to use vaccines that are not cost-effective